We want to help you find a Pot of Gold on St. Paddy's Day!!
This is your chance to help us pay for Levi's medical expenses
​AND maybe win some money for yourself!

Information on the 50/50 Raffle and PayPal link: https://paypal.me/DeaconsHope
Facebook link for current total (which is over $1500 as of 3/13): https://www.facebook.com/DEACONSHOPE​ 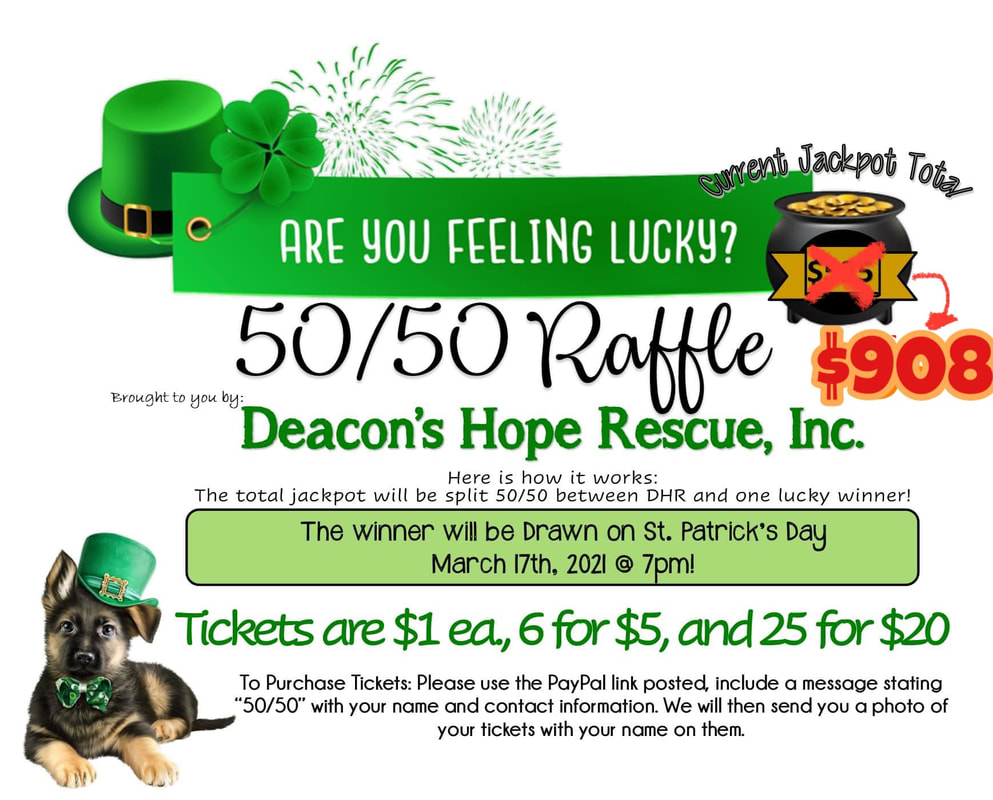